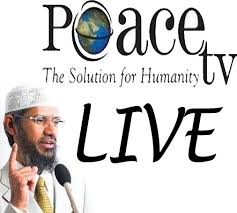 Peace TV, an enterprise directed from India, Saudi Arabia, and Dubai by a fu­­ndamentalist Islamist preacher, Zakir Naik, has established a 12-hour daily program in Kosovo, a country 90% Muslim.

The entry into Kosovo of Naik’s Peace TV, broadcasting each day in Albanian from 9:30 a.m. to 10 p.m., appears to be an element in a novel campaign by South Asian Islamists to establish a foothold among Europe’s indigenous Balkan Muslims. Peace TV’s message is hard-line Wahhabism, which insults, in aggressive terms, spiritual Sufis, Shia Muslims, non-fundamentalist Sunnis, Jews, Christians, and Hindus, among others. Radical Islamist interlopers and their financiers, mainly from Saudi Arabia and other Gulf states, have also been relocating to Macedonia, Bosnia-Hercegovina, Montenegro, and Serbia.

Peace TV is coordinated in Kosovo by a local “Center for Islamic Studies,” which appears to exist only online and via television – and, in addition to Naik’s propaganda, offers academic studies and fatwas [religious opinions]. The “Center” also does not identify its officials or financing – except for its link to Naik.

The channel, via satellite, broadcasts mostly in English and Urdu, to audiences in South Asia and South Asian Muslim immigrant communities elsewhere, and into Kosovo since 2009.

Naik, a physician with no Islamic religious training, has praised terrorism – including that of the late Osama Bin Laden; both he and his efforts have been condemned by Indian Muslim authorities. He was banned from entry into Britain in 2010, after which his multiple-entry visa to Canada was cancelled.

Bajgora has been the focus of several controversial incidents in the Kosovo Islamic community. In 2011, for example, Ternava, Bajgora and two other Muslim functionaries were denounced by seven highly-qualified and notably-moderate professors who had been dismissed without cause from Kosovo’s Faculty of Islamic Studies.

The expelled scholars pointed out that Ternava, Bajgora, and their group lack advanced credentials in religious instruction.

In March 2012, Bajgora also made news after removing a moderate cleric, imam Musli Verbani, from a mosque in the northern Kosovo town of Kacanik. The expelled imam was supported by some 1,800 local Muslims in Kacanik, who demonstrated for his reinstatement.

In July 2011, along with Peace TV, the “Center” produced videos supporting the proposed erection of a Wahhabi “mega-mosque” in Prishtina, the Kosovo capital.

Muslim extremists assembled in Prishtina – which has 22 mosques at present, some distinguished by their beautiful decorations – to demand a “big mosque” as a counterpart to a Roman Catholic cathedral currently under construction in the center of the city, and dedicated to Mother Teresa – an Albanian who was born in neighbouring Macedonia.

Catholics, about 10% of the populace of two million, are the second largest religious community in Kosovo, which is constitutionally defined as a secular state; and Catholics, although a minority, are prominent in Kosovo culture and politics.

The campaign for a “mega-mosque” was viewed by many Albanian Muslims as an extremist provocation. Observers of the demonstrations for a new and large structure reported that many participants were Albanians from Macedonia, where the official Islamic Community is under fundamentalist control.

“Rahma (Mercy)” is a charity operated out of Bolton and Leicester in the UK and following the radical Deobandi sect of Islam, which inspired the Taliban. The charity has also supported a radical preacher, Kastriot Duka, alias Xhemajl Duka – who, before he was expelled from Kosovo to his birthplace, Albania, in 2010, established a mosque and a program for orphans in the Kosovo village of Marina, near the city of Skenderaj.

Traditional Muslims in the Skenderaj vicinity obtained 6,000 signatures for a petition demanding closure of Duka’s compound, in which, they complained, young girls were forced to wear Wahhabi-style face veils and full-body covering.

In August, however, Artan Haraqija and Visar Duriqi of the Kosovo Center for Investigative Reporting revealed that since his expulsion, Duka has repeatedly reentered Kosovo and visited his mosque and orphanage, while money from “Rahma (Mercy)” in Britain is sent there through bank wire or by courier.

“Rahma (Mercy),” created in 1999, had the alleged purpose of assisting Kosovo war refugees. Peace TV and “Rahma (Mercy)” apparently chose to target Kosovo as a poor country ravaged by war a decade ago and in need of substantial aid.

The moderate interpretation of Islam and the respect for people who believe in other religions – for which Kosovo Muslims are known — may also have persuaded the South Asian agitators that Kosovo was in need of an “Islamic revival” of the kind Wahhabis, Deobandis, and other extremists apparently deem necessary for the moral and spiritual health of the global Islamic community. Kosovo, for instance, is the only continental European region, outside the small part of Turkey bordering on Bulgaria and Greece, in which Sufi spirituality is a major element in Islamic culture. As many as 40% of Muslims in western Kosovo are Sufis, with Sufi meeting houses and mosques open in every place.

For Zakir Naik and the luminaries of Peace TV, as well as the Deobandis of “Rahma (Mercy),’” the prominence of Sufism in Kosovo may be another incentive to “cleanse” local Muslims of their alleged “deviations.”

Kosovo Albanians are devoted to their own Muslim legacy and can become combative when faced with ideological aggression from abroad. In addition to Arabs, Iranian agents and Turkish fundamentalists have also attempted visible inroads in the Kosovo Muslim community. The possibility of fundamentalist subversion of Kosovo Muslims merits close scrutiny, and committed assistance to moderate believers.