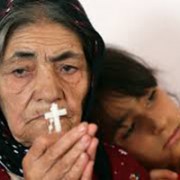 Rescue Christians now operate with offices and theater of operations in eight countries which include Australia, Canada, Pakistan, Thailand, Iraq, The Phillipines, Spain and The United States. We have grown from a very tiny operation to a moderate size, with the hopes of growing by another hundred fold, not because of any idea of profit, but in order to go from saving thousands to saving hundreds of thousands of lives. God keeps opening the doors and our network of righetous helpers increases every day. We thank you for your support as none of our efforts could be achieved without you.

We are about to expand our operations in Iraq with view to evacuate people. We already have two countries that have agreed to take people cooperating with Rescue Christians to do this work with NO NEED to work through the UNHCR. This is a major development. We would like for the United States to participate but the challenges of dealing with our corrupt State Department headed by people who have a despisement for Christians is challenging. Remember, actions always speak louder than words, we have seen the actions of the Obama administration and we know where he stands on Christian persecution. However we believe we can overcome this if the Church moves with action and not just petitions or empty words.

Here is the plan. Go to your church and ask the pastor or elders board to sponsor an Iraqi or Syrian family. The cost for a church to help is basically the cost of air fares for a family which is $3000- $10,000 depending on the size of the family. The other obligation is to provide a home and get a job for the bread winner, as well as help the family learn English. Most churches will have at least one member that can provide a job and a place to stay. All we need is a letter on letterhead from your church, signed by the pastor or head of the elders board, offering to take in a family, pay the air fares and to provide a job and place for the family. We do not need any money up front or any money till a family has been assigned to the church, which might not happen for months. Individual people can do this too if they are willing to pay for the air fares and can offer a job position to the head of the family. Once we get several thousand of these letters, this will show that the American people are willing to do and not just to say. We will then gather some of the leading church leaders through our contacts in Washington and persuade the government to grant visas and a doable way for us to get the visas, using the letters as leverage, showing that no tax payer will have to foot the bill. If necessary we will get the government to pass legislation in Congress to do this. However even if the United States will not participate we will get other countries to help and as I have said we already have two who we cannot say who they are at the moment as this might compromise the effort. We are also talking to others and at the highest level.

We will place people on the ground in Iraq and later Syria to gather the paper work, do the back ground checks, copy the baptismal certificates, translate the documents etc. so that visas can be issued for whatever country that will take them. We will organize the logistics of transport so that the mission will run as smoothly as possible.

Many people will say, why are we taking all the Christians out of the Middle East in which Christainity was founded. The reason is simple; the Western Christian countries have stated polices of not interfering militarily on the ground. The Muslim fundamentalists have taken over which has made it impossible for the Christians communities to live in Syria or Iraq. The West has denied its responsibility to protect the Christians by not bringing back stability in those countries then it is our moral duty to save the people from certain death.

Based on our assessments and those of our experts on the ground in Kurdistan we believe that we have less than a year to get all the Christians and Yazidis out of Iraq and Syria. If ISIS does not kill them, then they will be killed by the Iranian backed militias, it is imperitive we act now. 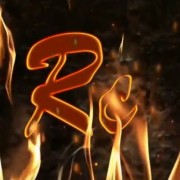 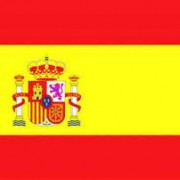 Government of Spain Partners with RescueChristians.org to Rescue The Orphans of Iraq
3 comments

Yes the third of each month I will send my donation thank you for this post I have sent it out to The Lord's people through out the US and to all who would listen.

@athonymarkles Thank you, Anthony.  Please, can you somehow"authenticate" this site?

You see, near Christmas, I donated $2,000 for the Christian Children of Bethlehem, and found out it was taken by an Arab who lived in Bethlehem.  I also gave him all of my sterling silver flatware for their food...Thank goodness, my credit card returned the money as it was a fraud, but my silver money is likened unto the silver Judas took.  I'm so very upset the way Obama is on the Muslim side, and criticizes Christians for the Crusades, without knowing or mentioning the Turks started them by blocking pilgrimages to Jerusalem.  People should read history, and I should check credentials.  Bless you.

@jobraley @athonymarkles We did some of our own research on this organization and found them very worthy of the funds they are receiving. You can also look them up on http://www.ministrywatch.com/articles/persecuted.aspx and you will see that over 90% of their funding goes directly to the work they are doing to rescue Christians in the Middle East. I don't believe you will have to worry with this one! God Bless!