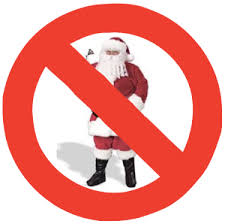 It’s a story that has a nursery school in Montargis, in Loiret, boiling. Now that the end of year celebrations are approaching, the headmistress of the school has decided to deschedule the traditional visit of Father Christmas to the classes. Officially, it’s because of financial problems. The parents, stunned, denounce religious motives.

For some parents of the nursery school in Grand-Clos, there is no doubt: the reason for the cancellation of the visit of the gentleman in red with the white beard is “religious”. One mother said, this Wednesday, in “Le Parisien – Aujourd’hui en France” : “The headmistress explained to me that she didn’t want to get her knuckles rapped by certain Muslim families”, she says.

A problem confirmed by the assistant to the mayor of Montargis, responsible for children’s affairs. He adds that “each year, families threaten to boycott the school on the day of Father Christmas’ visit”. The headmistress therefore appears to have given in. For some, “it’s too much”. According to them, it’s a question of the “islamisation of an educational institution”.

“I went to see the headmistress to find out the reasons for this cancellation,” recalls the mother of a young girl who wishes to preserve her anonymity, “and she explained to me that she didn’t want to have her fingers rapped by certain Muslim families.” The headmistress, who has been in charge of the school in Grand-Clos for a few weeks, also invoked this argument to the mayor’s office who called her for explanations. “She admitted to us that she had called the previous headmistress to learn how to deal with the families who, each year, threaten to boycott the school on the day of Father Christmas’ visit,” recalls Jean-Paul Fonteneau, assistant in charge of children’s affairs and teaching. (islamversuseurope)