Boko Haram’s war against the government now includes an ominous new front: a war against schools. On Friday, extremists planted a bomb at a local primary school, although no one was injured in that attack, but at least eight schools have been firebombed in recent weeks.

Embattled President Goodluck Jonathon tried to pursue diplomatic means of settling differences, but following the breakdown in talks, Boko Haram threatened to intensify its bombing campaign. Voice of the Martyrs Canada spokesman Greg Musselman says, “Obviously, they want to enter talks because the military/the resources they have to control the Boko Haram is difficult. I guess they have to be open to the option of it. In reality, it’s just a collision of ideology.”

Musselman also observes that it’s no longer just Christians in the cross hairs. “It’s becoming more and more dangerous, not only for those doing work like the Voice of the Martyrs and other organizations like ours that work with persecuted Christians, but those working in the oil field or on the outside, and also for the Nigerian citizens themselves.”

More and more governments are taking notice. The 2012 report by the United States Commission on International Religious Freedom (USCIRF) has recommended that Nigeria should be designated as a “Country of Particular Concern” (CPC). Over 14,000 Nigerians had been killed in religiously-related violence between Muslims and Christians since 1999. That is expected to intensify, says Musselman. “They [Boko Haram] have given basically an edict to the Christians to get out or they will be killed-or they’ll burn down their churches, businesses, those kinds of things.”

The USCIRF is an independent, bipartisan U.S. Federal Government commission with principal responsibilities to review the facts and circumstances of violations of religious freedom internationally and make policy recommendations to the President, the Secretary of State, and Congress.

Nigeria-which had been on USCIRF’s Watch List since 2002-was first recommended for CPC status in 2009. Presently, 10 countries-Burma, China, Eritrea, Iran, North Korea, Saudi Arabia, Sudan and Uzbekistan-are designated as CPCs by the State Department.

The question now is: what kind of impact does the threat of violence have on evangelism? Musselman says, “If [Christians] are meeting, they’re going to meet where you’ve got security and they can at least be somewhat aware of what’s happening around them and try to prevent these suicide bombings and attacks on the churches.” (MNN) 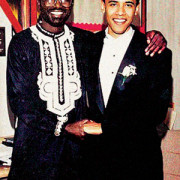 Bangladesh. Christians are not allowed to get drinking water.

Asia Bibi, A Pakistani Christian woman convicted of blasphemy and sentenced to death has successfully appealed

Bulgaria. trial against 13 Islamic scholars and teachers for preaching a radical form of Islam

Egypt. leader of the Salafist says, religious freedom could lead to devil worship and apostasy.