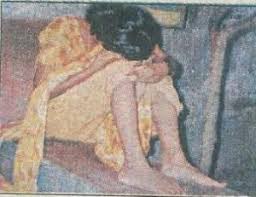 The family of a young Pakistani Christian man, Khuram Shahzad, also known as Khuram Masih, was accused of blasphemy and granted bail on 22 October 2012 from the High Court. He had been receiving threats and in light of past occurrences of extra-judicial killings in court premises for blasphemy cases, his trial had been conducted in prison instead of court premises.

LEAD’s legal panel had filed two applications in the trial court, one for the exemption of in-person attendance and other for acquittal from the false blasphemy charge. On 15 November 2012 Martha Bibi also appeared in the court and the next date of hearing has been fixed for 8 December 2012. A last piece of evidence remains to be presented before the court and the witness has to be called in through the Punjab IG, for cross examination. She is reportedly terrified and has been threatened repeatedly. Martha and her husband Boota Masih told Advocate Sardar Mushtaq M.Gill , LEAD Chief and President PCC Lahore that they were very upset and suffering the agony of trial with fear and remained under threat while appearing in the trial court.

On 17 November 2012 Khuram also appeared in court and the next date of hearing for the two applications has been fixed for 1st December 2012. His family reported that Khuram was not allowed to leave his house for work and remained locked in the house. His father despaired on how long they could hide their son this way.

The same judge would preside over these two cases and the complainants lawyers are also the same, due to which tensions have been doubled.

Those accused of blasphemy are subject to immediate incarceration, and most accused are denied bail to forestall mob violence.

It is common for those accused of blasphemy to be put in solitary confinement for their protection from other inmates and guards. Those who have served a sentence for blasphemy and those acquitted usually go into hiding or leave Pakistan.

LEAD needed partners so that LEAD can expand its aid efforts in whole Pakistan. LEAD is working against the social, Constitutional and religious discrimination of Christians and other Religious Minorities in Pakistan. Blasphemy laws, forced conversion, rape and abduction are at a very high level in Pakistani society. LEAD provides legal assistance and support and safe houses for the victims of religious persecution in Pakistan. (PCP)

Systematic Persecution Being Done In Syria

Uzbekistan. Police raided Protestants Church, claiming that a bomb was in the home

Armenian Christian Murdered For Refusing To Convert To Islam

Egypt. One year ago: military violence on Coptic Christians left 27 dead and over 300 wounded.