Articles
You are here: Home / Articles / Christian Persecution / Yemen. There are 2,500 indigenous Christians in the nation, practicing… 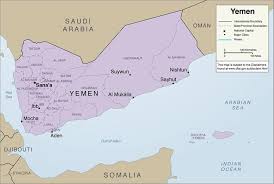 “What do you think it will be like [for Christians], now that the Islamists are in power?” — Ibn Yemen

When one thinks of Yemen—the impoverished Arab country that begat Osama bin Laden, and is cushioned between Saudi Arabia and Somalia, two of the absolute most radical Muslim nations—one seldom thinks of Christians, primarily because they are practically nonexistent in such an inhospitable environment. Most tallies, in fact, suggest that Yemen’s entire non-Muslim population is less than one percent.

A new Arabic report , however, discusses the existence of Christians in Yemen, and their plight—one that should be familiar by now, given the situation wherever Christian minorities live under Muslim majorities.

Unofficial statistics suggest that there are some 2,500 indigenous Christians in the nation, practicing their faith underground even as hostile tribes surround them. According to human rights activist, Abdul Razzaq al-Azazi, “Christians in Yemen cannot practice their religion nor can they go to church freely. Society would work on having them enter Islam.”

He added that, as in most Muslim countries, “the government does not permit the establishment of buildings or worship places without prior permission,” pointing out that Roman Catholic officials, for example, are currently awaiting a decision from the government on whether they will be allowed to construct a building and be officially recognized by the government in Sana.

A convert to Christianity from Islam—an apostate from Islam whose life is forfeit and who naturally prefers to remain anonymous, going by the pseudonym, “Ibn Yemen” (Son of Yemen)—expressed his fear of increased pressure on Christians, especially since the “Islamists now represent the dominant political faction, following the Arab Spring and the protests that brought the fall of President Ali Abdullah Saleh.” He added that even though the old regime “was not Islamist, Christians were still subjected to persecution and scrutiny by the police apparatus under that regime. Authorities did not allow us to practice our religion openly or allow us to build a private church, all because of Islam’s apostasy law. What do you think it will be like now that the Islamists are in power?” 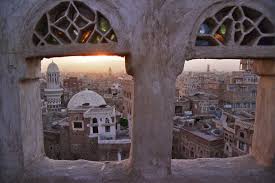 Accordingly, and as another Christian interviewed in Yemen indicated, Christians pray underground in the members’ houses on a rotational basis—as in the days of Roman persecution of Christians, when the Christians worshipped underground in catacombs. Along with Yemen’s indigenous Christians, there are also between 15,000 and 25,000 non-native Christians living in Yemen, mostly refugees from Somalia, Eritrea, and Ethiopia, where the persecution of Christians is often even worse than in Yemen, especially Somalia, where Al-Shabaab (“the Youth”) behead Muslim apostates to Christianity on a regular basis. Such Christian refugees from Africa often change their names to Muslim names to avoid harassment in Yemeni society.

Some Christian organizations and institutions do exist, mostly foreign ones, including the American Baptist Mission, which runs Jibla Hospital and a Church which provides services to orphans, the poor, and imprisoned women. These organizations work primarily to serve the community, not to facilitate Christian worship. Another study confirmed the previous existence of five churches in the southern city of Aden, three of which were Roman Catholic, one Anglican, and the fifth of unidentified affiliation: three of those five churches, which were built during the British occupation of southern Yemen, were neglected and left to crumble; the fourth became the property of the government; and the fifth was turned into a health facility.

The story of Yemen’s Christians seems like a microcosm of the story of the Middle East’s Christians in how it conforms to the current pattern of oppression for Christians under Islam: things were better for Christians—for religious freedom in general—in earlier eras under Western influence. As the Muslim world, which for a while was Western-looking, continues turning East, to Islam, and as the demands of Sharia Law [The Way] return, so does hostility to non-Muslim worship and apostates—as the “Arab Spring” has brought about wherever Islamists have come to power. (Gatestoneinstitute)

Tunisia. Muslims slaughter young man for converting to Christianity and refusing to renounce it.
Pakistan. 16-year-old Christian boy has been held on blasphemy charges.
Africa. Christians need to convert to Islam if they want to remain in the business.
Nigeria. Muslim extremists have killed more than officials know.
Nigeria, The leader of Nigeria’s Boko Haram Islamist militants has defended recent attacks on Christians, saying they are revenge for killings of Muslims.
USA / Egypt. Muslim Brotherhood, one of the largest Islamic movements, has followers in more than 70 countries.
Belgium. Growing concerns about the threat posed by Islamic jihadists.
Indonesia. Twenty churches closed down.