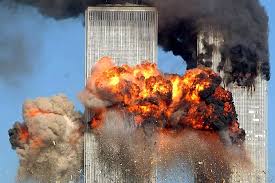 We at AMPAC (American Political Action Committee) are planning an historic event for 9.11.13 where one million Muslims will march to Washington D.C. and demand that our civil rights be protected by our government. We are demanding that laws be enacted protecting our 1stamendment . We are asking President Obama to fulfill his promise from his first campaign for Presidency of a transparent government. Lastly we are asking for the release of the 9/11 commission report to the American people. On 9.11.01 our country was forever changed by the horrific events in New York. The entire country was victimized by the acts done on that day. Muslim and Non Muslim alike were traumatized but we as Muslims continue 12 years later to be victimized by being made the villains. To this day every media outlet and anti Islamic organization has committed slanderous and libel statements against us as Muslims and our religion of Islam. Yet our Government either sits idly by and does nothing to protect our freedoms or it exacerbates the problem with its constant war on terrorism in Islamic countries, congressional hearings on Islam in America, and its changes to the NDAA law. These lies told to the American population has made it impossible for us to do true Dawa. Why do we have to defend our religion while doing Dawa? Why can’t we just share the perfection of the Quran and the beauty of our beloved Prophet Muhammad (SWS)? It is time for us as Muslims in America to stop being defensive and start being proactive by using our right to vote and our freedom of assemble and let our voices be heard by our country and the world. Stand with us help us fight the injustices being committed against us. Help us to wake the American citizen up to the truth and together Muslim and Non Muslim can take our country back to its true Democracy which is “For the people by the people”. Our Prophet in his final message told us: “Whoever sees an injustice should set it right by means of his hand; if not, by his tongue; if not, then by his heart and that is considered to be the weakest of faith.” And more to the point “If my nation are afraid to say to the oppressor, ‘O oppressor!’, then there is no hope in them.”

Sincerely your Brothers and Sisters in Islam

For more on Jihad, watch this video made by ‘Answering Muslims’:

Nigeria. US government has link Boko Haram with the powerful Al Qaeda in Mali.

The 10 Most Dangerous Countries for Christians

Christian Families Have Been Evicted From Egyptian Village After Muslim Attack

Iran. Interview with one Iranian church leaders in London, outlined the latest restrictions imposed on churches.