Articles
You are here: Home / Articles / Christian Persecution / US. Florida Muslim wanted to avenge U.S. drone attack by blowing up a New…

Raees Alam Qazi and his brother

A Pakistani-born man wanted to avenge the deaths of U.S. drone attacks in Afghanistan by blowing up a New York City landmark but lacked the money and materials to carry out the plan, a federal prosecutor said Tuesday.

“He fully intended to do this, and thankfully he didn’t have enough money,” Gilbert said. Referring to casualties in U.S. drone attacks, she added: “He wants to avenge those deaths and kill people.”

Qazi traveled to New York last month in hopes of getting a job to fund his terrorist plans, Gilbert said, but wound up sleeping in public transportation, a mosque and in restaurants, and riding a bicycle around the city looking for potential targets. He then decided to return home on a Greyhound bus and was arrested after arriving back in South Florida, she said.

Qazi, a naturalized U.S. citizen who attended local Florida public schools, confirmed many elements of the plot in a statement to FBI agents after his arrest in late November, Gilbert said. Investigators also found bomb-making and related components at the Qazi family home in Oakland Park, as well as explosives research evidence on a computer used by Qazi. 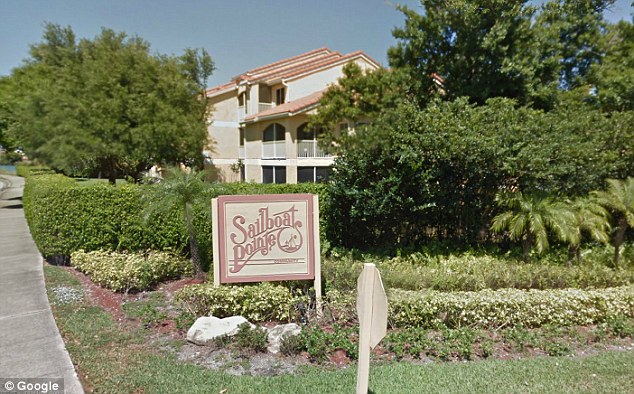 Sheheryar Qazi was listed as a resident of the Sailboat Pointe condominium complex in Oakland Park, Florida

Qazi is charged along with his brother, 30-year-old taxi driver Sheheryar Alam Qazi, with conspiring to provide material support to terrorists and with attempting to use a weapon of mass destruction in the U.S. Both have pleaded not guilty to the charges, which carry a potential life sentence if the men are convicted of both counts.

U.S. Magistrate Judge William Matthewman ordered Raees Qazi held without bail until trial, finding that he is a danger to the community and a flight risk. His older brother has already agreed to pretrial detention, but may seek bail later. A trial is likely many months away.

Gilbert said Raees Qazi was the intended operative, using either a suicide attack or a remote-control device to kill people in a crowded place such as New York’s Times Square, a Broadway theater or perhaps on Wall Street. The elder Qazi supported his brother financially and logistically with the knowledge that Raees was planning a terror attack, the prosecutor said.

Raees Qazi’s attorney, Daniel Ecarius, tried to persuade the judge to allow his release on bail, noting that Qazi had made money by selling bicycles on the Internet, had no criminal past and had already relinquished his passport. Ecarius suggested Qazi could be released on house arrest with electronic monitoring, but Gilbert urged the judge to keep him locked up.

“He wanted to carry out an attack. If he is released from custody, he will,” she said.

Sudan. Security services expelled senior catholic priest while president made his first official visit.
Afghanistan. Every Month, An Average Of One Christian Is Murdered, Arrested, Kidnapped Or Attacked
North Korean is threatening to launch a nuclear strike.
Israel/PA. What will happen to Israel if it cedes control of Judea and Samaria to the Palestinian Authority?
Libya. 48 Egyptian Christians detained and tortured by their captors.
Eritrea. Protest Vigil Marks Tenth Anniversary Of Church Closures.
Nigeria. Christians fear more Boko Haram attacks, 2800 people died since the uprising in 2009.
UK. Government tolerates large charities that encourage and provide Islamist terror groups.