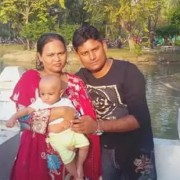 For years we’ve been begging UNHCR Bangkok in vain to treat Pakistani Christian asylum seekers impartially and according to its own UNHCR constitution.  No matter how much UNHCR denies it, hard evidence shows that there is something fishy in the air.

Take Sanina Faisal, one of the newest victims of the cruelty of UNHCR Bangkok. She passed away today from untreated high blood pressure, leaving her husband and a two and a half year old baby behind.  She endured great mental trauma when she lost a baby six months into her pregnancy due to her condition.  On December 20th as she was preparing for the Christmas celebration, she was arrested and detained by Thai immigration authorities during a raid on “illegal immigrants.” Her husband called UNHCR´s office several times explaining her condition and asking for help.  No action or support came from UNHCR to help release Sanina to get the medical attention she desperately needed. She fell seriously ill in the immigration detention center, and far too late was taken to the hospital where she took her last breath.

Her death was not an accident.  Because of their discrimination and negligence of their duties under their own constitution, this tragedy was allowed to occur. We at Rescue Christians are now doing our utmost to pressure the UNHCR to act in accordance with their own rules and regulations.

Sanina Faisal and her family

Sanina is not the only Pakistani Christian who passed away under such conditions due to the negligence of UNHCR Bangkok, a self-proclaimed defender of refugees’ rights.  Many Pakistani Christian families came to Bangkok trusting UNHCR to provide protection.  Instead, they lost family members, were kept in detention centers and were eventually deported to Pakistan where certain death awaited them.  UNHCR is clearly responsible for all those deaths which must be considered as negligent homicide.

Here is cold, hard evidence that UNHCR is not acting properly:

According to the UNHCR´S Guideline´s Article 3.5.3, Scheduling of RSD Interviews:

The length of time between the date of registration and the scheduled RSD Interview should not exceed six months.  Pakistani Christian asylum seekers, in comparison to other nationalities and religious sects, wait three to four years for their interviews.

According to the UNHCR´S Guideline´s Article 4.5, Timelines for Issuing RSD Decisions:

RSD decisions should be issued within one month following the RSD interview.  Decisions of RSD interviews for Pakistani Christians are given in almost a year. Phone calls of asylum seekers are answered harshly and in a derogatory manner. No help is provided to them while waiting for their RSD decisions.

UNHCR is well aware that the Kingdom of Thailand is not a member state of the 1951 Geneva Refugee Convention and that it treats Pakistani Christians seeking asylum as illegal immigrants.  Despite this, they deliberately delay RSD interview decisions, prolonging the suffering of the Pakistani Christian community and preventing them from even seeking alternatives in the event of a negative decision.

UNHCR´s budget rose to a new annual high of US$5.3 billion by the end of June 2013. The United States, Japan, the European Commission, Sweden and the Netherlands donate millions of dollars annually to UNHCR to take proper care of refugees worldwide.

With such an enormous budget and so much money unspent, can UNHCR really argue that it cannot handle Pakistani Christian asylum seekers due to lack of funds?  Only about 1,000 Pakistani Christian families, a relatively small number, are in Bangkok.  Don´t they realize how harsh each and every moment is for these stranded and psychologically disturbed people to survive in a foreign land without jobs, education for their children, or medical assistance –  and above all, no food to feed their families?

Pakistani Christian refugees wait years to be resettled, watching their children suffer and often dying before their cases are properly handled.  Some are so devoid of hope that they have attempted suicide.   UNHCR officials, on the other hand, drive expensive cars and live a diplomat´s life with public donations  that could be used to hire more staff to help refugees in need in a timely manner.

Allegations That Pakistani Christian Refugees Are Economic Migrants: Pakistani Christian refugees are often alleged by the UNHCR Bangkok to be economic migrants, seeking asylum for financial gain only.  However, the PEW Research Center, Open Doors, Human Rights Watch and the State Department of the US Government have declared Pakistan dangerous for minority Christians. How long is this double standard going to be continued by UNHCR?  How long will they ignore the international refugee law which clearly states that people with well-founded apprehension of risk, justifiable claims, and reasonable grounds to flee must be considered refugees?

The legal team of Rescue Christians in Germany, the Netherlands and Spain has finalized preparation of the lawsuit against UNHCR Bangkok to be filed in the International Criminal Court in January 2016. Each and every official of UNHCR Bangkok will face charges of war crimes, crimes against humanity and violation of fundamental human rights of a persecuted group of people.  UNHCR Bangkok´s officials will no longer enjoy immunity. They will have to respond before the law for all the suffering of Pakistani Christian asylum seekers.

How Does Rescue Christians Help Our Persecuted Brethren?

Galatians 6:2 says; “Bear one another’s burdens, and so fulfill the law of Christ.” This Word of God requires us to fight for our persecuted Christian brothers and sisters. By leaving them alone in this miserable, inhumane situation, we would be ignoring the commandment of our Lord Jesus Christ. May God strengthen us for helping our Pakistani Christian brothers and sisters in Bangkok and open the door for them to have a normal life in safe nations where there will be no sword hanging on their heads for worshipping Christ, Amen.

Do you stand with us to take action against UNHCR? Remember, it’s now or never!

Click HERE to help us support these Christians living under the double-persecution of the Thai government and UNHCR and fund legal action against their persecutors. 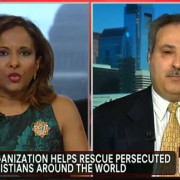 I've been trying to find out what has happened to Sanina Faisal's son. Does anyone have information about his whereabouts please?

Since the UN is controlled by muslims, this should be expected. Please pray for our brothers and sisters in Christ.

Why are they treated so badly ???