A suicide bomber killed four people in an attack in a Christian area of the Syrian capital of Damascus earlier today, according to the state-run Syrian media. The suicide bombing is the 23rd reported in Syria so far this year.

A suicide bomber detonated his explosive-packed vest “in the vicinity of the Greek Orthodox Virgin Mary Church in the predominantly Christian neighborhood of Bab Sharqi in Damascus’ Old City,” The Associated Press reported.

It is unclear if the bomber was attempting to target the church or Christians, who are increasingly taking the government’s side in Syria’s civil war as Islamist militias are gaining power, or a nearby militia that is loyal to President Bashir al Assad.

The Syrian Arab News Agency, the official news outlet for the Assad regime, claimed that the suicide bomber “blew himself up amongst a group of citizens who were receiving medical services at the charity, killing four and injuring eight.”

Today’s suicide bombing is the third in Damascus this month. The last attack took place just five days ago, when three suicide bombers assaulted a police station in the capital, killing five people.

Also, on June 11, two suicide bombers detonated their explosives at a police station in Damascus, killing at least 14 people.

So far this year, 24 suicide attacks and assaults have been reported in Syria; the Al Nusrah Front has claimed credit for 16 of them. The Muhajireen Army, which is led by a Chechen commander and has numerous foreign fighters in its ranks, claimed credit for two suicide assaults at a military airport in Aleppo that took place this month. In one of the assaults, ehe Muhajireen Army detonated an armored personnel vehicle on the base.

The Al Nusrah Front has claimed credit for 60 of the 76 suicide attacks that have been reported in Syria since December 2011, according to a tally by The Long War Journal (note that multiple suicide bombers deployed in a single operation are counted as part of a single attack). 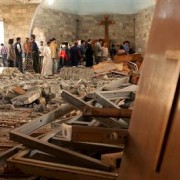 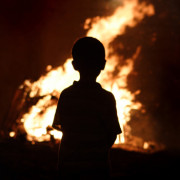 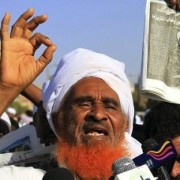