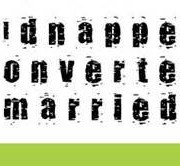 Rescue Christians’ international partner World Vision In Progress (WVIP) has petitioned the Italian government concerning the plight of Pakistani Christians. We helped write the petition, which is now being sponsored by several Italian Members of Parliament. Based on our petition, we also know that the Vatican has indicated a possible interest to intervene and help. We have advised World Vision on what further measures of advocacy are required and we are following through. We hope and pray that the petition and subsequent advocacy will open doors for the ability to save many suffering people and allow them to rebuild their lives. We will keep you informed of any future developments.

In response to our repeated requests to the Italian Parliament to effect change, the following petition was submitted at the behest of several Members of Parliament:

To The Respected Italian Parliament: Chamber of Deputies and Senate of the Republic of Italy.

Submission: To Save and Rescue the Christians of Pakistan

We [of the WVIP] would like to submit our request for help from the Honorable Parliamentarians of Italy. We beseech your help for the victims of the Blasphemy Laws in Pakistan. The situation of Christians in Pakistan is not much different from those in Egypt and Iraq. We believe that if the international community does not take action, Christians and other minorities will be killed en masse and their religious rights abolished.

2. Christianity is the second largest faith in Pakistan. There are about twenty million Christians living in different parts of Pakistan. In fact, Christians played a vital role in the creation of Pakistan. The founder of Pakistan, Muhammad Ali Jinnah, stated in a 14-point doctrine that minorities should be free to express their religion in Pakistan. Today these values are being totally undermined.

4. The initially gradual and now accelerated deterioration of religious rights since 1956 has led to the religious community’s persecution of all minorities in Pakistan and the legislation of Islamic Laws in Pakistan. The eighth amendment of the Pakistani constitution was a major setback for Christians and other minority communities in 1985, when Presidential Order No. 4, issued by the military ruler Zia Ul Haq, implemented the Prohibition and Hudud ordinances (Islamic Laws) on minorities. The Law of Evidence and Compensation was introduced and the Blasphemy Laws were “put into practice.” These new laws opened the doors for religious terrorism.

5. The original constitution of Pakistan did not discriminate against religious minorities, but the amendments made by the military ruler Zia Ul Haq have encouraged the Islamists and promoted extremism in Pakistani society. The controversial Hudud Ordinance and the Sharia Courts have also given great strength to the radicals. In 1991 Muhammad Nawaz Sharif, a key advisor, influenced the elected Prime Minister of Pakistan to enforce the Sharia Bill. This new law promoted more anti-Christian elements. These laws have destabilized the peace and harmony between Muslims and non-Muslims in Pakistan, which has led to the tremendous discrimination and persecution of all minorities.

6. World Vision In Progress Foundation (WVIP), bearing Registration Number (kept private for security reasons) is working to help the persecuted Christian community in Pakistan. WVIP’s basic focus is to protest peacefully against the discriminatory laws such as Blasphemy Laws and Sharia Laws. From 1991 until the present, over 4,300 cases of blasphemy law were registered against Christians and other minorities. Muslim extremists have also barbarically killed hundreds of innocent Christians. The blasphemy law is used in many cases as a tool of intimidation against Christians to settle personal matters as well as to intimidate the local Christian community.

7. WVIP also specializes in working with the victims of the Blasphemy Laws, Sharia Law, and victims of abduction and rape in Pakistan. WVIP is helping the most high-profile cases of the Blasphemy Laws. We provide secret safe houses to the victims and their families and we hope to relocate them to safer countries where they can start a NEW LIFE. We receive financial assistance from a US-based International Organization – the Rescue Christians Organization. Some of the victims with well-documented crimes against them are Rashid Emmanuel and Sajjid Emmanuel, Fanish Robert, Yousaf Masih, Amanat Masih , Munir Maish, and Arif Ferguson. Many others are also being assisted by us directly.

8. Christians and other religious minorities are caught in a grave situation, with many gory attacks well documented over the last twenty years. These incidents occur regularly and are increasing at an alarming rate. A wild wave of sectarianism has overwhelmed Pakistani society, resulting in extreme religious prejudice daily. Armed religious extremists are wreaking havoc with violent attacks on people and property. This situation of religious intolerance is suffocating their lives whilst the doors of dialogue are being closed. Religious fundamentalism has grown beyond all its previous proportions and Muslim clerics are demanding complete imposition of Islamic Sharia in Pakistan, including on all religious minorities.

9. Christians in the rural areas of Pakistan are living like slaves and unwanted elements of society, not much better than slaves on the plantations in the USA prior to 1866.

10. Shahbaz Bhatti, the Christian Federal Minister for Minorities, was assassinated last year for his attempts to relieve the persecution. This highlights the serious predicament of the Christian community of Pakistan. Today there are hundreds of Christian victims in jails as well as in hiding throughout Pakistan. It is our vision to rescue and protect the victims of Blasphemy Laws, Sharia Laws, rape and abduction; to seek aid and comfort from the international community; and to speak out and pressure the government of Pakistan to provide sanctuary to victims of severe persecution.

11. Since the Blasphemy Law has been used to intimidate Christians, hundreds of Christians have been murdered by Muslim extremists. The barbaric murder of two brothers, Rashid Emmanuel and Sajjid Emmanuel, in the Faisalabad Session Court in 2010 has shown that Christians cannot even trust the legal system to exonerate and protect the innocent.

12. Currently there are about 130 victims in the various jails of Pakistan. Their families are living miserable lives in hiding, as they are also threatened from the extremists.

13. WVIP is working with the persecuted Christians on the ground. We request that the Italian Parliament and its EU partner countries save and protect their Christian brothers in Pakistan. Some of you may know, some of you may not know and some may not care to remember the story of Monsignor Hugh O’Flaherty who saved the lives of hundreds of Jews of Italy as well as hundreds of allied soldiers in the dark days of fascism during World War Two, right here in Rome. Monsignor O’Flaherty risked his life to save the lives of others because it was the moral and proper thing to do in the face of evil. There are hundreds of reasons to deny helping the Christians of Pakistan and other Muslim countries who are suffering similar threats to those the Jews endured in World War Two. We know the economy is bad; but it was also bad in 1943 for Monsignor O’Flaherty. We know that there are many political considerations that we can use to excuse any action. The same excuses were used in 1936, 1937, 1938, and 1939 to deny aid to the Jews of Europe. Are we to repeat history or has Europe learned its lesson of dealing with evil?

14. WVIP requests the Italian Parliament on humanitarian grounds to open up the doors for your Christian brethren who are being persecuted in Pakistan because of their faith.

15. We request the Italian Parliament to work with us to rescue and provide asylum to victims of the Blasphemy Laws of Pakistan and grant them refugee status on humanitarian grounds.

Partner With Us To Rescue Christians

Israel/Gaza. Israel bombarded by rockets, Human Rights Watch nowhere in sight.
Nigeria. Boko Haram has been blamed for the deaths of 1,400 people since 2010.
Laos Has A History Of Christian Persecution Under Communism
North Korea. Christians Are The Special Target Of Intense Persecution Because They Are Seen As Enemies Of The State
Pastor Youcef Nadarkhani Spends 35th Birthday With Family
Iran. Two Christian arrested in Tehran; their condition is unknown
Sudan. Seasonal rains will exacerbate already dire conditions in refugee camps.
North Korean is threatening to launch a nuclear strike.