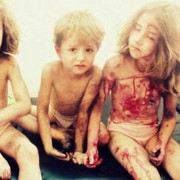 Rescue Christians is excited to announce a major expansion of our organization; to open not only an office in Europe, in the country of Spain but also a major center to facilitate a temporary shelter to process hundreds of Iraqi and Syrian Christian refugees in the city of Madrid. Our European directors will be Mila and Manuel Fernanda who are the Pastors of the Living Water Church who are excited to be a major part of our network to save our Christian Brethren.

At our meeting in Madrid yesterday (October 16th) I said to them “that it is my desire and job to unite the Christians of the United States and Europe to save our Christian brethren” I joked, “that it is being organized by an Irish Jew”. G-d certainly has a sense of humor. 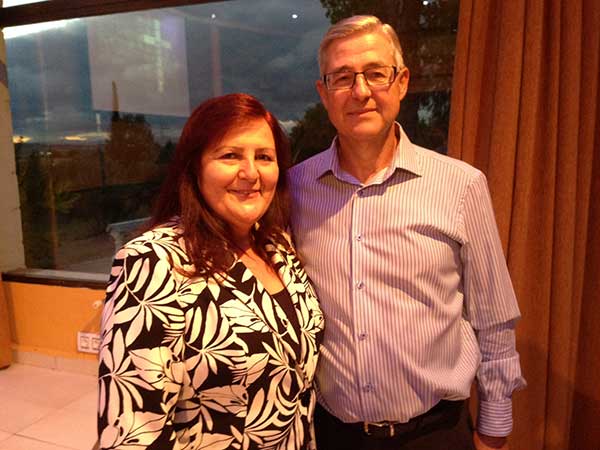 Mila and Manuel run an independent Pentecostal church in Spain, they have many strong contacts with the Spanish government and other churches, not just in Spain but also all over Europe. They have 30 years of experience serving the poor, the hungry, and the homeless, battered women and even drug addicts. Their drug program they had a 60% success record, which is three times the average for other programs. I personally saw the amazing work they have done in the city of Madrid and despite the burdens they already endure they wish to take on much more. They have already prepared 16 rooms to facilitate our refugees and have access to many more homes to keep our refugees so we can process their rehabilitation. Based on our consultations, their connections and their tremendous love for the Lord, I strongly believe that they will help us deliver tremendous results not just for us in Spain but also right across Europe. They are excited to be part of Rescue Christians and we are excited to have them as our partners.

Our first initiative for our European partners is to save hundreds of orphans that our security people have just found on the border of Iraq and Syria. These children are between the ages of 6 and 15 and they fled after ISIS murdered their parents. They have only the clothes on their back. Elderly people on the border are caring for them but they themselves do not have the resources to do the job. Their only food is pita bread and some tea. They have no access to medicine, schools or other vital needs required for young children.

It is our duty to save these children and bring them to the West so we can renew their lives. If we can break through the red tape we also hope to resettle many of these children in the United States with American families. We are working on a full report which will include video and photographs of the problem. We should have this exclusive report on this blog next week.

Our security teams have also informed us that we will receive full cooperation from one of the most influential Archbishop’s of one of the Orthodox Church denominations. The Archbishop who we cannot expose as it may compromise our work, will provide every means at his disposal to transport and care for hundreds of refugees as we move them across to different parts of Europe. This will save us literally millions of dollars over the coming years.

We are building the network to win many future victories. Every life we save is a victory and with your help, our readers and donors, we will save hundreds of thousands and maybe millions along with the help and guidance of the Lord. Please pray for our new partners so they will be successful in being be part of the greatest rescue mission in history.

The persecution of Christians will increase a hundred fold from even what is happening today. The death toll and brutality will become unfathomable, even much worse than what we have reported so far, but we must save the “least of our brethren” so we at Rescue Christians ask you to participate in this work.

Even I am Buddisht  I am willing to donate for this mission.  The persecution by the barbaric extremist fully with hate faith do harm not only to Christian but also any other faith, so let's start this mission before it come to one's door.

thanks ...go ahead  we need such efforts as a christian in this foolish war ....we need also your prayers

Why just Christians? Do you really think that anyone who doesn't share your faith is less than worthy of your resources? And if you think about it, all children are atheists. Only after the labeling and indoctrination by their parents would you refer to them as "Christians". So, why not call this "RescueAtheists"? Let them grow up freethinking and healthy, then let them make their own decisions as to which superstitions they subscribe to.

Hey genius, it's called Rescue Christians because that is its name. They rescue everyone in need of rescue. Have you done anything to help people persecuted by theses savages? If not, give your money here. Anyone in need will be helped. It's what true Christians do.

Next time I suggest you study more before making your lame comments.

On the upside you prove the Bible well. "Better to be thought a fool than to open your mouth and remove all doubt. "

Btw, that's a quote from Abraham Lincoln (Mark Twain said something similar) Proverbs 17 says something completely different, it's there for you to read, if you had actually read the bible you'd know that. And you prove further to me that Christians will take credit for everything they can get their hands on.

@MarkHerbert You clearly have not read your Bible and know nothing of what you think was said by Linconln or Twain. You do indeed prove the Bible well.

Answer my question, what have you done to help those persecuted by ISIS? My guess is you've done NOTHING but like so many spectators you perfectly willing to make a fool of yourself and throw around ignorant comments such as these here.

Proverbs 26:5 Answer a fool according to his folly, lest he be wise in his own conceit.

Proverbs 17:28 Even a fool, when he keeps silent, is considered wise;

How is that significantly different from what I quoted?

Not only do you not know history or the Bible, you don't know English.

I am United States of America and I am also willing to adopt. How does the process work? I will keep sharing this article.

I am living in Turkey, immediately (if the gouverments allows) l would like to adopt one of these children for to give this child a real future in life. Whitout any parents it will be very hard to survival for them.

I have shared and will continue to do so. My heart is broken. We will help and I will try to encourage others to help as well. I have felt helpless watching and reading about what has been going on in the Middle East. But I have been praying and I know God hears my prayers for the church and for Israel. He is opening avenues of assistance and I am joyful to have found this site. Thank you!

How best to help, donations? Adoption? Is it a possibility?

Thank you brother Keith, brother Manuel, sister Mila & ALL you brethren for creating this new network for the persecuted church (our sons & daughters in Christ) in Iraq and Syria!!! When I first got word from you about this new expansion, that is also being backed by our brethren in Europe, I kept shouting HALLELUJAH with thanks and praise to The Lord!!! I've been desiring and praying for more mission work, via "Rescue Christians", to be done in the war-torn Middle East, especially in the Levant Area, like these 2 countries specifically. PRAISE JESUS for this fantastic mission work and for faithful, loving brethren like you!!! So much JOY in the Spirit; I can not thank you enough. PRAISE THE LORD!!! "Rescue Christians" is in my prayers- ALL people involved from the administrators, to the "workers in the battlefield", to the donors that supply the resources!!! May the grace of God bless you all and the Blood of Christ protect you all. In Jesus' mighty & precious name, AMEN!!!

@Kingdomglory7 Thanks so much for your words of encouragement!!

Beautiful work! You guys are on the ball. God bless you always.

@omicronvolk Amen, thanks so much for your support!!

Rescue Christians is a great charity organization that is doing God's work...God bless them for what they do.

@BobbyLiguori Thanks for leaving feedback, we are working extremely hard!!!  But we accomplish nothing without the support of our followers

Praise the Lord G-d Almighty!!! I will support this Rescue Christians. My husband already does and now

I also will. Thank you and all that you do for the Lord. Everyone that is involved with this will be continually