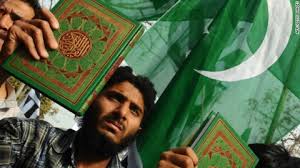 A Christian boy named Mard-e-Khuda, resident of Tehsil Haroonabad, District Bahawalpur, aged 19 years was barbarically assassinated on 9th January 2013. He was falsely accused of having an affair with a Muslim girl. The local young Muslims had threatened him and they also used to proclaim openly that they will kill Mard-e-Khuda. On 9th January 2013, three Muslim men named Muhammad Shafique, Illyas (Eidoo) and Sufiyan broke into his house and brutally assassinated him at 5.30 a.m. Illyas and Sufiyan gripped his hands and legs tightly and Mohammad Shafique hit his head with an axe. Afterwards Illyas and Sufiyan also stabbed him with a dagger. In the meanwhile Mard-e-Khuda’s father woke up and as he started shouting and crying, the culprits ran from the spot.

On the same day an FIR bearing no.7/13 under section 302/34 was registered against them in Faqeerwali Police Station Bahawalpur. Unfortunately the Police is cooperating with the culprits and they have not yet arrested Mohammad Shafique, Illyas and Sufiyan. All three of them are living in the same vicinity and the police is not taking any action against them, even the S.H.O stated that such Christian who was having an affair with a Muslim girl was rightly killed by the Muslims.

In Pakistan, hundreds of Christian girls are raped and forcefully converted by the Muslims but if any Christian man does such thing, he is sentenced to death and even the Muslim girl is also apostated. Religious minority is facing this discriminatory law every day while living in Pakistan.

WVIP is filing a petition on Monday, 25th February 2013. One month has been passed but the police is still not arresting the culprits. Even Illyas has admitted openly that he had killed Mard-e-Khuda but the police is reluctant to arrest all three of them. 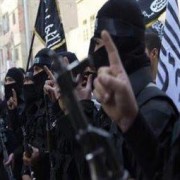 Africa. Christians need to convert to Islam if they want to remain in the business.

Uzbekistan. Christians fined without trial and raid with no warrant.

Algeria. Church of Ouargla in eastern Algeria was vandalized

Iran. Authorities pressure to identify members of church – a major risk to converts from Islam