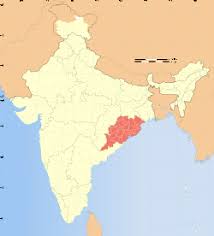 Four years after anti-Christian pogroms were perpetrated by Hindu ultranationalists, at least 10,000 people are still without a home in Kandhamal (Orissa). Many families have been forced to live in ghettoes, Christians who refuse to convert to Hinduism continue to be victims of social, economic and political boycott, and compensation for lost homes and churches have proven inadequate or non-existent.

Such a picture comes from a fact-finding visit by a group of journalists, activists and writers who travelled to 16 villages involved in the violence. They interviewed victims, eyewitnesses and leaders of political and non-political associations; they consulted documents and registers. They reported on what they found on Saturday at the Lohiya Academy, before a crowd of 200 people that included activists, religious and political leaders and pogrom survivors.

Violence broke out in 2008 in Orissa following the death of Laxamananda Saraswati, a leader in Vishwa Hindu Parishad (VHP), a Hindu ultranationalist group, who was killed by a Marxist group.

Although Marxist rebels claimed responsibility for the murder from the start, Hindu activists turned their anger against the Christian minority, especially Dalits and Adivasi, in Kandhamal District.

As a result of the pogrom, 55,000 Christians fled. Some 5,600 homes in 415 villages were plundered and set on fire. According to government figures, 38 people were killed, two women were gang-raped and many people were left permanent physical injuries due to torture.

Led by the Bharatiya Janata Party (BJP), the political front for Hindu ultranationalist groups, the Orissa government tried to downplay the situation caused by the pogrom; however, the gravity of what happened could not be brushed aside.

Before the violence, survivors worked as day labourers, farmers or small craftsmen. After the pogrom, they lost their jobs and have to endure a systematic boycott by Hindus. Most of them now live on less than a dollar a day.

Among the survivors who fled Kandhamal because of the violence, at least 10,000 people have not gone back home. In Bhubaneswar alone, more than five thousand people are struggling to live as best they can.

To help them, the government created some residential colonies-Nandagiri, Ashirbada and Ambedkar-which have become virtual ghettoes. Although more than 150 families found some shelter, they are still deprived of access to clear water and sanitation.

In places like the village of Beticola, Christian families were told not to return unless they converted into Hinduism.

The quest for justice and redress has fared worse. Out of 3,232 complaints filed by victims and their families, only 1,541 were accepted by the district police. Of these, 828 were registered as a first information report (FIR).

Out of 245 cases dealt with by the Fast Track Court, convictions were obtained in 73 cases. Another 267 cases are still waiting to go to trial.

As of today, 2,433 people have been acquitted against 452 who have been convicted. Of the 30 cases involving murder, only six people involved in two cases were sentenced to life in prison.

Things are not much better when it comes to compensation. The state government has set a ceiling of 50,000 rupees (US$ 900) for destroyed homes and 20,000 rupees for damaged homes. In addition, some 5 per cent of families have not yet received any compensation.

The government has no plans to pay compensation for the churches and other Christian facilities destroyed. According to figures collected by the Church and activists, in addition to almost 300 churches destroyed, the Church lost several convents, schools, hostels and welfare agencies.

According to government data, 50 people were killed in the violence. Christian activists say 91 people died: 38 were killed during the violence, 41 died from their wounds and injuries and 12 in police actions.

See pictures during the violence 2008

Dozens Of Catholic Missionaries Killed In 2011

Pakistan. growing discrimination and fear of persecution in south Punjab.

Iraq. Worshippers attended Christmas mass, which reopened this month after massacre in 2010.

Syria. The christian community is caught in the crossfire of a civil war.