In Nigeria’s Plateau state, Christian leaders said more Christians have died at the hands of Muslim extremists than the 35 that the military reported thus far in May.

A Compass reporter was among a group of journalists that came under attack from Islamic extremists this month. In three local government areas in Plateau state, armed Fulani herdsmen attacked 15 Christian villages, killing and maiming Christians, destroying homes and leaving more than 1,000 villagers displaced, sources said.

The villages – Jwol, Foron, Tahoss, Bangai, Sopp, Werem, Danjol, Rinyam, Rim, Kak, Gwamrim, Gwom, Fang, Lwa and Riyas – are located in the local government areas of Barkin Ladi, Bokkos, and Riyom. Villagers said the attackers were Muslim Fulani herdsmen likely supplied and instigated by Islamic extremist groups. Sources told Compass that Muslim gunmen invaded Rinyam village on May 9 at about 12:30 a.m. and shot seven Christians in their homes, though increasingly assailants are using only machetes and knives to avoid notice by soldiers charged with keeping order. “Seven people were shot dead, including two children,” said Daniel Dem, an area legislator in the Plateau State House of Assembly. “Three were severely injured. They are now receiving medical attention at the Vom Christian Hospital.”

At Wereng village near Kuru Station, three members of a Christian family were killed when Muslim Fulani herdsmen attacked the village: Philip Francis Pam, 37; his wife Simi Francis, 28; and their only daughter, who was a few months old. Christian residents said that the Muslim killers entered the family’s bedroom at 10 p.m. as they slept and murdered them. The victims had gunshot wounds on their chests and stomachs as well as machete cuts on their necks, neighbors said. The baby had machete cuts on her ribs, and her fingers were cut off. “Attacks have been happening in this neighborhood, and this is always the mode of operation – gunshots and machete cuts,” said a relative, Francis Pam.

Dauda Gyang, a Christian villager in Gwarim village, said his younger brother was killed when armed Muslims attacked his village over a period of two weeks. “Muslim Fulani herdsmen came in large numbers and attacked us,” he said. “Their method of attack is that they will start shooting from a distance to scare the villagers, and as soon as the villagers run out of fear, they will come and set our houses ablaze. From my village alone they burned more than 10 houses.”

Sunday Madaki, a displaced Christian from Gwarim, said 13 people were killed and more than 20 injured in six villages. “Over 30 residential houses have been burned,” Madaki said. “All displaced Christians have no homes to return to.”

In Fang village, the extremists killed a Christian farmer named Dantyang Bauchi, while Ana Christopher Gyang, a mother of seven, was killed at Lwa village.

Three other Christians were killed in an attack at Jwol and Foron villages, where the assailants set fire to houses and shot at Christians as they fled, residents said.

“These armed Muslim men set fire on surrounding bushes in Jwol, and when we came out to put out the fire, these Muslims shot at us, killing two of our relatives,” said one area resident. “One of us, Dung Danjuma, is still missing even as I am talking to you now.” He added that another person was also killed in Foron in a separate attack.

Capt. Markus Mdahyelya, spokesman for the Special Task Force (STF) charged with keeping order in areas under national emergency, confirmed the attacks, as did Samuel Dabai, a spokesman for area police. Mdahyelya said that as a result of the attacks, the STF commander had shifted troops from other places as reinforcements to the area. “The commander himself has visited the area and addressed the refugees,” he said. “He asked them to return to their houses with promise of adequate security. So, we are in control in the area.”

Displaced Christians have taken refuge at police stations and primary schools in other parts of the state, while others have fled to Jema’a and Sanga Local Government Areas of Kaduna state. In Rinyam-Tahoss village, for example, no fewer than 200 displaced Christians, mostly women and children, are living in a public primary school with no food or medication.

Journalists Attacked Emmanuel Jugul, a former legislator from the affected areas, told Compass that the government is doing nothing to protect the lives and property of Christians. “The security agencies in charge of the area are not sincere,” Jugul said. “Either they are not doing their job, or they are conspiring with the attackers, because they’ve not done anything to stop the killings, and yet the areas being attacked by these Muslims are under state of emergency.”

A Compass correspondent was among a group of journalists, along with assemblyman Dem, present in Kak when Muslim Fulani herdsmen attacked the village for the second time that week. They shot at the group, but everyone escaped unhurt. “I have witnessed the killings of my people, and I’ve had a close shave with death,” Dem said, in tears. “You journalists have seen it yourselves that my people are not telling lies. And that my people are living in danger. There is no security for Christians here.”

Akinola v. Jonathan The Nigerian president on Sunday (May 27) took pointed criticism for the government’s handling of Muslim extremist violence against Christians. At a special worship service in Abuja for Democracy Day with President Goodluck Jonathan in attendance, the former Anglican primate of the Church of Nigeria criticized the government’s approach to the Muslim extremist Boko Haram sect. The Rt. Rev. Peter Akinola told those gathered at the interdenominational service at the National Christian Centre that, contrary to assertions that Boko Haram is tantamount to a social revolution against economic injustice, officials should ignore claims that the sect is motivated by anything more than jihadist desire to do away with Christianity.

The 68-year-old Akinola advised the Nigerian government against dialogue with Boko Haram. “They want to eliminate ‘infidels,’ which includes you, Mr. President,” Akinola said. “You open yourself to ridicule if you open dialogue to a group that has made the country ungovernable. Don’t treat them with kid gloves. You don’t dialogue with criminals.” Boko Haram (literally, “Forbidden Book,” translated as “Western education is forbidden”), has targeted state offices, law enforcement sites and some moderate mosques in its effort to destabilize the government and impose a strict version of sharia (Islamic law) on all of Nigeria.

Asserting that the government has failed to address 30 Islamist campaigns to rid the country of Christianity, Akinola said Boko Haram will not be easily stopped, as it has financial and logistical support outside and within Nigeria. “Boko Haram must be seen in the right context – it is a continuation of the past,” Akinola said. “Shun all political claims that Boko Haram is not against Christianity. It is. It has been going on since 1966. They are committed to jihad. You can’t stop them; it is their religious obligation. They have been doing it for 36 years; they have not stopped and they won’t stop.”

He said that attacks on Christians are a clear indication that the country was in disunity, describing Boko Haram as a “blood-thirsty Islamic sect with no regard for the sanctity of human lives. Nigeria is at war against itself.” Speaking later, Jonathan acknowledged that Boko Haram took his administration by surprise but maintained that his government was doing everything possible to keep it in check. He asserted that the country will remain indivisible. “No individual or group, no matter their ambition or selfish purpose, will be able to divide this nation,” Jonathan said. “Nigeria will never disintegrate. Even though some people were busy predicting the disintegration of Nigeria, there would be no such thing.”

The president said he has directed security agencies to launch a complete war against Boko Haram. “We have done a lot and committed resources to advance our security architecture in order to tackle terrorism, and, God willing, we shall overcome,” he said. “My request is for you to stand by me.”

Nigeria’s population of more than 158.2 million is divided between Christians, who make up 51.3 percent of the population and live mainly in the south, and Muslims, who account for 45 percent and live mainly in the north. The percentages may be less, however, as those practicing indigenous religions may be as high as 10 percent of the total population, according to Operation World. (CDN) 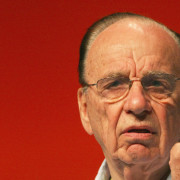 Arab-Israel conflict and the peace process in maps.

Egypt. Islamic leaders to Copts: the first people to be burned by the fire are you…

Rupert Murdoch: “Christians should pray for millions of fellow believers being persecuted”

Asia Bibi, A Pakistani Christian woman convicted of blasphemy and sentenced to death has successfully appealed

Christian Families Have Been Evicted From Egyptian Village After Muslim Attack