According to Mohammad Qatanani, Imam of one of the largest mosques in New Jersey, free speech that is critical of Islam poses a national security threat and “should be investigated by the Department of Homeland Security,” The Blaze reported Thursday.

“We, as Americans, have to put limits and borders [on] freedom of speech,” he told The Blaze.

“He explained that while Americans may ‘have the freedom’ to speak their mind, ultimately, they ‘have no right to [talk about Muslim] holy issues’ as it will incite ‘hatred or war among people,’” Tiffany Gabbay wrote.

The religious leader also said that speech that denigrates Islam puts Americans at risk both in the United States and abroad. The solution, therefore, is to scrap the First Amendment and replace it with sharia law “for the ultimate ‘good’ of society.”

Gabbay noted that Qatanani was “nearly deported in 2008 for failing to disclose his former ties to the terrorist organization Hamas on a 1996 Green Card application.”

Stressing the online anti-Islamic video that some claim is behind the riots and protests at U.S. embassies, Qatanani said that Homeland Security needs to prevent artists from producing works that are critical of Islam or the prophet Mohammed.

“They [Muslims] think our [American] freedoms are too much,” he said. “The freedom of the American people is so different from their [Muslims’] freedoms. We believe freedoms have limits and rules, otherwise we will get people into trouble…Freedom according to Islam must be according to the Quran and Sunnah. You can do [anything] you like within the teachings of these two resources. This is the difference and main reason [for the conflict].”

He also told The Blaze that it is okay, however, for Muslims to mock Jesus or Moses.

“An interesting point to note was that throughout the discussion, Qatanani repeatedly called for peaceful action and condemned violence as being anathema to true Islam. Conversely, he referred to the attacks on U.S. embassies abroad that left a U.S. ambassador, two Navy SEALs and one additional civil servant dead, as merely ‘a bad reaction,’” Gabbay added.

On Monday, we reported that Egyptian Prime Minister Hisham Qandil said the United States should amend the law to prevent free speech critical of Islam.

On Wednesday, a post at RadicalIslam.org said that European politicians were bowing to Islamic pressure to limit free speech.

“German political leaders are now equivocating about their commitment to free speech,” Soeren Kern wrote. “German Chancellor Angela Merkel, commenting on the anti-Islam movie, said, ‘I can imagine there would be good reasons to outlaw the film’ – a reversal of her statement of just two years ago, when, commenting on the Danish cartoon controversy, she declared: ‘Free speech is one of the greatest treasures of our society.’” (examiner)

Extermination of Christians And Shiites On The Horizon In Syrian 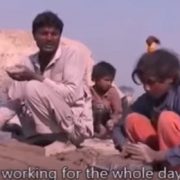 Egypt. Christians from a Coptic church were told to convert to Islam or face death.

Nigeria. Boko Haram’s jihad against Christians – has nothing to do with religion??

Sudan. Nurse working in refugee camp: “The situation is desperate, I’ve never seen anything like it”.

Chechnya. Christian Presence In Chechnya Has Been Largely Eliminated Or Expelled.

Israel/PA. Christians from Gaza ask to move to Israel, because they no longer feel comfortable living among Muslims.

Documentary on the Work of Saving Christian Slaves
0 comments