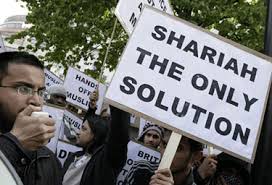 The Vatican newspaper has called attention to the flight of Christians escaping Islamic persecution in Mali. As many as 200,000 Christians from Mali have found their way to refugee camps in Algeria and Mauritania, L’Osservatore Romano reports. Christian families are seeking a safe haven as Islamic terrorists, with links to Al Qaida, become increasingly active in the northern regions of Mali. Sharia

Ethiopia. After prison – Muslims had taken over his land and demolished his house. No sign of his children.
Nigeria. 400 churches destroyed by Boko Haram
UK. Government tolerates large charities that encourage and provide Islamist terror groups.
Libya. Four foreigners have been arrested on suspicion of being Christian missionaries.
Kosovo / Balkans. Islamic Extremists Establish Foothold in Kosovo and the Balkans.
India. increase in animosity against Christians
Israel/Gaza. Why is the Middle East Problem so intractable? A clear explanation in Dennis Prager 5 minutes video.
World. The game of blaming the victim.