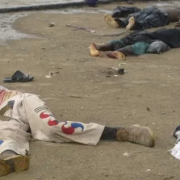 Multiple explosions at a bar and entertainment area in a Christian quarter of Nigeria’s northern and mainly Muslim city of Kano killed at least 24 people, a hospital official said Tuesday.

Lt. Ikedichi Iweha, a spokesman for the Military Joint Task Force, said earlier Tuesday that 12 people died at the scene and “a couple” of people were wounded in Monday night’s attack, which he blamed on suspected members of the Islamic extremist Boko Haram network.

But the spokesman for Aminu Kano Teaching Hospital said their mortuary had 24 bodies brought from the scene and from the city’s Murtala Muhammad Specialists Hospital.

The teaching hospital also was treating nine people wounded in the blasts, said spokesman Aminu Inuwa. It was unclear how many others might be in treatment at other hospitals.

More than a 100 people gathered outside the hospital morgue, weeping and screaming in anguish Tuesday afternoon. Military officials would not allow them into the morgue, so many said they had no idea if missing loved ones are dead or alive.

City not covered by state of emergency

Nigeria is fighting an Islamic uprising by extremists based mainly in the northeast, where the government has declared a state of emergency. Kano city and state are in the northwest and not part of that emergency.

Boko Haram, which means “Western education is forbidden,” wants to impose Islamic law in all of Nigeria, Africa’s most populous nation of more than 160 million divided almost equally between Christians, who live mainly in the south, and Muslims, who dominate the north.

Monday night’s attack at just after 9 p.m. (21:00 GMT) rocked an area popular for its outdoor bars, blaring music, snooker tables and table tennis — a place where people have fun, which is anathema to the militants.

Witness Kolade Ade said at least one blast appeared to come from a Mercedes-Benz parked beside the bar.

“After the first bomb, I threw myself into the canal (drain) to hide. There were at least three blasts,” he said.

But Lt. Iweha said in a statement that the explosions were not the work of a suicide bomber but of parcels of explosives planted in the area.

“This latest incidence could have been avoided if citizens maintain vigilance to observe when packages are dropped, as it was in this case,” he said.

The explosions came as hundreds of people thronged the area in the Sabon Gari neighbourhood, and raised fears among the city’s mainly Muslim population.

In March, a suicide bomber drove a car loaded with explosives into a bustling bus station in the same Christian neighbourhood of Sabon Gari, killing 25 people.

Exactly a year ago, suspected Islamic militants attempted to attack a mosque in Kano city. They were engaged by police in running gun battles in which the militants killed five civilians and police killed four of the attackers.

In December, three days before Christmas, Kano was rocked by twin suicide car bombings that targeted two major mobile telephone companies. One worker was injured in one attack. Security officials botched the second attack by shooting the bomber, which caused an explosion at the company’s gate.

President Goodluck Jonathan declared a state of emergency on May 14 in six northeastern states covering one-sixth of the country, admitting that Islamic fighters had taken control of some towns and villages.

Militants have targeted Muslim political and religious leaders who preach against their extreme form of Islam. Recently, the extremists have targeted schools, killing scores of students and some teachers.

The Boko Haram network is blamed for the killings of more than 1,600 people since 2010, when suicide bombers drove a car filled with explosives into the lobby of the United Nations headquarters in Abuja, Nigeria’s capital. 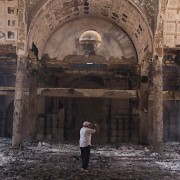 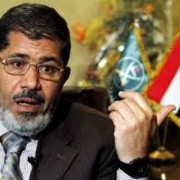