Pastor Saeed Abedini, an American imprisoned in Iran on charges of evangelizing, was sentenced this morning to eight years in prison. According to the American Center for Law and Justice, Abedini was verbally sentenced in Tehran by Judge Pir-Abassi, known as the “hanging judge,” to eight years in prison for threatening the national security of Iran through his leadership in Christian house churches. He will serve the time in Iran’s notorious Evin Prison, known as one of the most brutal. The evidence, the ACLJ reports, was based on Abedini’s activities primarily during the early 2000s, when house churches were not considered a threat in Iran. “This is a real travesty – a mockery of justice,” Jordan Sekulow, Executive Director of the ACLJ, who represents Pastor Saeed’s wife and children living in the U.S., said in a statement. “From the very beginning, Iranian authorities have lied about all aspects of this case, even releasing rumors of his expected release. Iran has not only abused its own laws, it has trampled on the fundamentals of human rights. We call on the citizens of the world to rise up in protest. We call on governments around the world to stand and defend Pastor Saeed.” 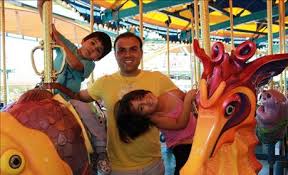 Although the U.S. does not have diplomatic relations with Iran, National Security Council spokesperson Bernadette Meehan said in a statement Sunday the administration is “deeply disappointed that Saeed Abedini has been sentenced to eight years in prison in Iran on a charge related to his religious beliefs. “We condemn Iran’s continued violation of the universal right of freedom of religion and we call on the Iranian authorities to release Mr. Abedini.” Meehan added that the State Department remains in close contact with Abedini. The State Department also called for Abedini’s release. “Mr. Abedini’s attorney had only one day (January 21) to present his defense, so we remain deeply concerned about the fairness and transparency of Mr. Abedini’s trial,” spokesman Darby Holladay said in a statement. Iran’s state news agency reported last Monday that Abedini, who was born in Iran but now lives in Idaho, would soon be free. But the report, which came on the first day of Abedini’s trial, was seen by Abedini’s wife, Naghmeh, as just another cruel manipulation. “This is all a lie by the Iranian media,” Naghmeh Abedini said. “This has been a repeated promise by the Iranian regime since Saeed was first thrown in prison on Sept. 26, 2012. We have presented bail. After the judge told Saeed’s lawyer that bail was back on the table, the family in Tehran ran around in circles today to make sure Saeed was let out on bail. But again the bail officer rejected bail.” She said her husband’s attorney in Iran, Nasser Sarbazi, cautioned her that the report, first carried by the state-controlled ISNA news agency and picked up by The Associated Press, did not mean her husband was closer to freedom. The 34-year-old father of two denied evangelizing in Iran and claims he had only returned to his native land to help establish an orphanage. Authorities pulled him off a bus last August and threw him into the notorious Evin Prison in Tehran. The exact crimes he is accused of only became public on Monday, when the prosecutor outlined charges that Abedini undermined the Iranian government by creating a network of Christian house churches and that he was attempting to sway Iranian youth away from Islam. “This trial apparently is focused on 13 years ago, when Pastor Saeed converted from Islam to Christianity,” Sekulow said in a statement to FoxNews.com last week. According to the ACLJ, upon hearing the news of her husband’s sentence, Naghmeh Abedini said: “The promise of his release was a lie. We should not trust the empty words or promises put out by the Iranian government. These false hopes amount to psychological torture. You don’t want to trust them, but they build a glimmer hope before the crushing blow. With today’s development I am devastated for my husband and my family. We must now pursue every effort, turn every rock, and not stop until Saeed is safely on American soil.” (foxnews)

Malaysia: Christians, Tortured for Their Faith

Egypt. In Just One Year, More Than One Thousand Christians Have Died

UK. Textbook wipes Israel off the map and indoctrinates students with anti-Western material.

Syria. Islamists have expelled 90 percent of Christians in Homs

Saudi Arabia. Grand Mufti said, that all churches in the Middle East must be destroyed
0 comments