In the thirty three years since the 1979 Islamic Revolution in Iran, influential figures of the Islamic regime, especially Ayatollahs affiliated with the regime, have frequently tried to provoke government and security authorities to take action against Christians by making unfounded and unrealistic remarks.

Some Ayatollahs have made anti-Christian remarks because one of the greatest concerns of the Islamic Clerics in the Iranian regime is the growth of “Christianity in Iran”. They have made these statements against Christians hoping to put an end to the ever growing trend among Iranian youth and their families toward Christianity as well as the continued growth of house churches in Iran.

In a statement, Ayatollah Noor-Allah Tabarsi, the Friday Prayer Imam in Sari, defamed Christianity and called today’s Christians “a shame for Christianity”. Ayatollah Tabarsi, who is also the Supreme Leader’s representative in Mazandaran province, claimed that all the corruption in the west was due to the inappropriate application of Christianity!

He seems to see things differently from behind the pulpit, because in reality church and state are completely separate in western societies. He also neglected to glance at the situation around him, in a country that claims a leading role in imposing pure Islamic rules. Problems like poverty, sexual immorality, prostitution, corruption in offices, drug trafficking and child addiction have grown so much that even instituting the death penalty for crimes does not seem to be an effective solution. All these problems are growing worse while Iran’s Supreme Leader and government authorities believe they have been imposing genuine and pure Islamic laws for more than three decades!

Another report on January 7 noted that Ayatollah Jafar Sobhani, who is based in Qom, warned once more against the growth of house churches in society and called on Islamic seminaries to be alert in this respect. The pro-regime Ayatollah also said that house churches attract ungodly youth who have gone astray and try to induce them to accept their faith.

Ayatollah Sobhani, whose remarks are always strongly reflected by pro-regime news services affiliated with the Revolutionary Guard, like Fars news service, had taken harsh positions against Christianity before and tried to provoke the Iranian Intelligence Services and security authorities to take action against the Christian community in Iran. His activities have always pointed towards putting more pressure on Iranian Christians and Christian converts.

Nevertheless, taking anti-Christian positions is not a new phenomenon in Iran. Other influential Ayatollahs, including Mesbah-Yazdi (here), Vahid Khorasani (here), and Makarem-Shirazi, have severely insulted Christianity, prompting Iranian security and intelligence authorities to intensify their pressure and threats against Christians.

Taking an overall look, one can readily see that pro-regime Ayatollahs use every opportunity to warn against house churches in Iran. To keep this article reasonably concise, Mohabat News was not able to include all known evidence here. (MOHABATNEWS) 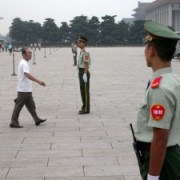 Violent protests should serve as reminder, that radical Islam remains a threat to all who believe in freedom, democracy and equality.

Maldives. Bangladeshi Christian in jail for bringing in Christian literature.

USA. Why do we never receive a promise of peace or an apology from any Muslim leader or cleric.

Syria/Europe. 1,000 Muslims from Europe are active as Islamic jihadists in Syria.

Belgium. Growing concerns about the threat posed by Islamic jihadists.

US Delegation Remembers Raoul Wallenberg, who saved the lives of 100,000 Hungarian Jews
0 comments