Articles
You are here: Home / Articles / Christian Persecution / Great Britain. Muslim population of the UK rose from 1.5 million to 2.7…

The strange thing about this “multicultural” society is that it can celebrate every imaginable culture except the one that allows all these cultures to co-exist alongside each other — and all the time with enthusiasm from pundits and politicians, busy trying to pretend that this is all the most wonderful result imaginable. The national census for England and Wales has come out, and, as usual, this once-a-decade event has had all of its most significant points overlooked.

By any measure, what it reveals is a country undergoing seismic change. Over the course of a decade up to four million more people have entered the country to live. In the capital, London, people identifying themselves as “white British” have for the first time become a minority. Perhaps most strikingly, the national Muslim population has doubled.

This last fact is perhaps one of the least considered of the census so far. Doubled? Surely not. This has to be the claim of Mark Steyn or some other demographics-obsessed nut. Well no, it isn’t, and it is now official: between 2001 and 2011 the Muslim population of the UK rose from 1.5 million to 2.7 million. Otherwise put, that is an increase from 3 percent to 4.8 percent of the overall population.

If in 2001 the British Prime Minister had said to the British public that over the next decade he intended to double the number of Muslims in the country, he would most likely never have been returned to office. But of course he did not say that, any more than any of his successors or predecessors did. 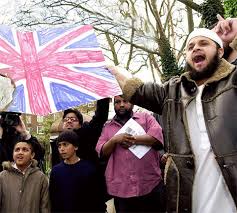 For the last decade, every major politician has lied about this issue. While talking tough, about putting a cap on immigrant numbers, pushing people to assimilate and much else besides, they have done nearly nothing. For instance, ten years ago Home Secretary David Blunkett talked as tough as he thought he could, saying that migrants ought to learn English. His successor, Jacqui Smith, said the same thing five years later. As did immigration minister Phil Woolas a couple of years after that. Throughout the last decade the Labour government managed to do exactly what the Conservative and coalition governments before and after them have also managed to do: go as far as they thought they could in rhetoric while going wholly against what they said — and the wishes of the country — in actions.

Now we can see the fruits of their labors. The census reveals that three million people are now living in households where no adult speaks English as their primary language. As Labour’s Sadiq Khan has admitted, local councils have spent their money on translation services rather than language classes, thus actually dissuading people from learning the language. The result is communities with inter-generational language barriers. There are parts of London where a quarter of the people are in the same situation. They have created a society where many people can speak about each other but many cannot actually speak to each other. And all the while politicians and pundits are busy trying to pretend that this is all the most wonderful result imaginable.

The London Evening Standard welcomed the news that white British-born people had become a minority in their own city, and ran a lead opinion piece accusing anybody unhappy about the doubling of the number of Muslims of being “Islamophobes.” Since then, the comments have barely gotten more enlightened. The author Will Self declared on the BBC’s leading talk show Question Time that people unhappy about the direction Britain is going on are “racists.”

On the BBC’s Newsnight I sat alongside two very nice, wealthy, successful immigrants who explained how positive the census results were for Britain, showing a “diverse” and “multicultural” society. I was the only one of the four panelists to point out that this wave of immigration might have any negative effects. And the only one to point out that the strange thing about a “multicultural” society of this kind is that it can celebrate every imaginable culture other than the one which allows all these cultures to co-exist alongside each other. In other words, it is the center which is the only thing not being celebrated, and the center that is being consciously eroded. Worst of all is that this happened in defiance of the repeatedly expressed views – as tested time and again in nationwide polls – of the general public.

Of course much of this simply confirms what the last Labour government appears to have intended. Three years ago, in the same Evening Standard, Andrew Neather, a former adviser to the Blair government, said that the huge upsurge in immigration over the last decade was in part due to a politically motivated attempt by Labour ministers radically to alter the country and “rub the Right’s nose in diversity.’”

He went on to say that Labour’s relaxation of immigration controls was a deliberate plan to “open up the UK to mass migration,” but that ministers were nervous about discussing this move publicly because they feared that it would alienate their “core working class vote.”

Well, they have certainly managed to do what they wanted. The Labour government, like the Conservative governments before them, and the coalition government since, did everything it could to ignore the real concerns expressed by the majority of the public. But with no decent mainstream party to vote for, the public kept voting for the same parties as usual. Fooled by the occasional speech saying that there was going to be some”‘tough” new approach, the country got stuck in a debate that has been played on repeat. Yet all the time that debate-loop was going, the ground beneath us was changing unrecognizably.

Now, true to tradition, a couple of days after the census Labour Party leader Ed Miliband has come out to declare that immigrants to Britain should learn to speak English. It is exactly what all of his recent predecessors have also said, and it is exactly what none of them — any more than he — have done anything concrete about. Britain has been changed, and more change is on the way. Some of those changes might be good, and others are likely to be not as good. There are those who wanted this change to happen, and there are those who did not. The former now occasionally notice that their plan has caused troubles of which they were barely aware when they set out. The latter are reviled as backwards, racist, bigoted and out-of-touch with their new country. In reality they are simply people who once had a country and have seen it changed irrevocably, and simply hold on to a feeling of sadness that nobody thought about where this would take us, or whether we the people should ever be listened to in the little matter of our own future. (Gatestoneinstitute)

Israel/Gaza. Hamas’s tactic is as simple as it is criminal and brutal, they use its own civilians as human shields.

China. Seven Christians charged by the Chinese government with engaging in “cult” activities. 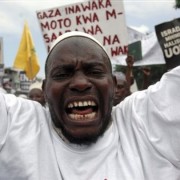 New Holocaust On The Way
0 comments