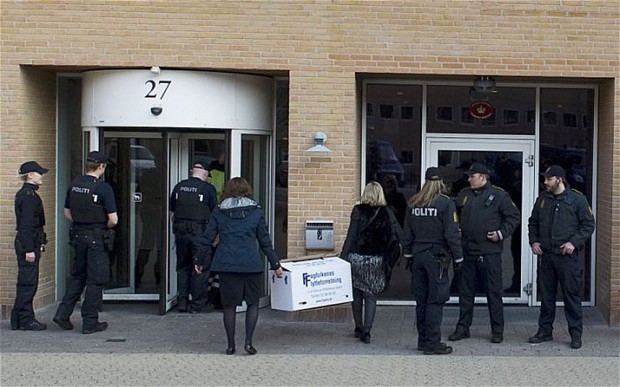 The men were caught after in a massive multi-million pound surveillance operation by police and the security services.

They downloaded illicit online terrorist instructions, purchased survival equipment and collected thousands of pounds to fund the plot. Investigators looked on as they organised and undertook physical training and prepared to send others to Al-Qaeda camps in Pakistan.

But they were arrested at their homes in Luton, Bedfordshire, following a huge operation by the police and the security services. The men involved were Zahid Iqbal, 31, Mohammed Sharfaraz Ahmed, 25, Umar Arshad, 24, and Syed Farhan Hussain, 21. They admitted a single terrorism charge at high-security Woolwich Crown Court just weeks before they were due to face trial. The court was told the offences took place between January 2011 and April last year. All four men are of Pakistani origin. Their plea came a week after three Birmingham men were convicted of the biggest British terrorist plot for six years. The home-grown terrorists boasted they would kill more people than the July 7 bombers and wanted to create another landmark date alongside 9/11. Irfan Naseer, Irfan Khalid and Ashik Ali masterminded a conspiracy to attack unknown targets in their home town. They too were caught after a huge surveillance operation when two of them returned from a terrorist training camp on the lawless Afghan border. Naseer, a pharmacy graduate, was trained in making improvised bombs from chemical sports injury cold packs but their plans were smashed by police. The trio were also caught with material by Anwar Al Awlaki and worshipped Mohammed Sidique Khan, who led the July 2005 atrocities. The four Luton men face substantial prison sentences when they return to be sentenced by Mr Justice Wilkie on April 15.