Articles
You are here: Home / Articles / Christian Persecution / France. Government seems to have lost control over Seine-Saint-Denis, where… 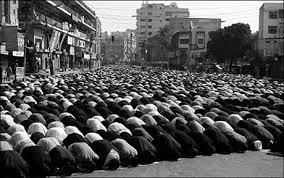 French politicians such as President François Hollande hope that Qatari funds will help fight poverty in disadvantaged Muslim neighborhoods, They assume that poverty is the cause of France’s social problems. They should, however, know better. The problems in the suburbs of Seine-Saint-Denis and elsewhere are not caused by poverty, but by the unwillingness of many Muslims to integrate into French society.

Qatar announced last February, when Nicolas Sarkozy was still the President of France, that it was willing to invest €50 million ($65 million) in the French banlieues, the suburbs which are home to the vast majority of the six million Muslim immigrants in France. Meanwhile, Qatar has doubled the sum to €100 million, which it is apparently going to spend through an investment fund in support of small businesses owned by Muslims. Last month, the French government approved the fund, which the French newspaper Libération describes as a “Qatari take over of the banlieues.”

French politicians such as President François Hollande hope that Qatari funds will help fight poverty in disadvantaged Muslim neighborhoods. They assume that poverty is the cause of France’s social problems. They should, however, know better.

The Muslim suburbs surrounding Paris are mainly situated in the département (county) of Seine-Saint-Denis. In 2005, heavy rioting broke out in this département, where Islam is the largest religion. The French government seems to have lost control over this département where the French police no longer dare to venture and where French civil law is being replaced by Sharia law.

Seine-Saint-Denis is the 15th richest of France’s 96 départements. The poorest are Cantal, Ariège and Creuse – rural areas with hardly any immigrants. The problems in the suburbs of Seine-Saint-Denis and elsewhere are not caused by poverty, but by the unwillingness of many Muslims to integrate into French society.

While Mr. Hollande may think that he has found a solution to alleviate tension in France’s banlieues, the Qatari influence threatens to radicalize further the Muslim population there.

The French government dismisses the fear that Qatar wants to impose a de facto Muslim Caliphate in the banlieues. President Hollande says that with the assistance of countries such as Qatar, France will be capable of detecting business talent in the banlieues – something which the French authorities are presumably not capable of doing on their own.

Qatar, though posing as a pro-Western nation, subscribes to the radical Wahhabi sect of Islam that rejects Muslim integration in the West and actively encourages jihad against non-Muslims.

Qatar is a major supporter of the Wahhabi fighters who seized power in Libya and are trying to do the same in Syria. It is also a major sponsor of Hamas and the Muslim Brotherhood. Moreover, Qatar hosts the controversial Al-Jazeera television network, which includes among its presenters Sheikh Yusuf al-Qaradawi, the Dean of the Faculty of Sharia and Islamic Studies at the University of Qatar, who is notorious for his praise of suicide bombings and other terrorist activities.

As Soeren Kern pointed out here earlier, the Qatari Emir, who rules his country as a dictator, has vowed to “spare no effort” to spread the fundamentalist teachings of Wahhabi Islam across “the whole world.”

The move into the banlieues is merely the next step in Qatar’s global strategy. The Emir of Qatar, who is also financing the construction of mega-mosques in Sicily and Ireland, has already invested heavily in the French economy. Qatar has bought shares in top French companies such as Louis Vuitton Moët Hennessy (LVMH), the world’s largest conglomerate of luxury products, the French oil company Total and media group Lagardère. Qatar also owns the French football club Paris Saint-Germain (PSG) and the prestigious Carlton Hotel on the Croisette in Cannes.

Through its stake of 13 percent in Lagardère, the Wahhabi regime in Qatar has an interest in EADS, the European Aeronautic Defence and Space Company. Lagardère owns 7.5 percent of EADS, the mother company of Airbus, the world’s leading manufacturer of commercial aircraft. Qatar also hopes to buy a direct stake of 7.5 percent of EADS from the German automaker Daimler. It is ironic that a sponsor of Wahhabi Islam, which has previously hijacked and bombed passenger planes, is now acquiring a stake in the company that constructs such planes.

Outside France, Qatar Investment Authority owns a small stake in Royal Dutch Shell, which it has announced it wants to raise to 7 percent. It also owns the London department store Harrods and is the largest shareholder of the British supermarket chain Sainsbury’s. It was also part of the investment group that in December 2010 bought the American movie giant Miramax, thereby ensuring that Miramax will never make a movie critical of Muhammad or Islam.

It is notable that he first foreign leader to be received by French President François Hollande at the Elysée Palace after his election last May was Sheikh Hamad bin Khalifa al-Thani, the Emir of Qatar — an event that illustrates the importance to Hollande of this Persian Gulf Emirate that is barely the size of the French province of Corsica. (Gatestoneinstitute)

IRAN. Church asked for help to free Alireza Seyyedian who was sentenced to six years imprisonment.

Maldives. Bangladeshi Christian in jail for bringing in Christian literature.

Germany. Bremen said it would be the second country to recognize Muslim holidays.

Bethlehem. The Christian Population In The Palestinian Territories Has Dropped Dramatically