Random attacks on Egypt’s Christian Copts continue growing, including with very little motive — other than hate, that is.

Izzat Ibrahim Izzat, a human rights activist and an official at the Mina branch Word Center for Human Rights, just issued a statement saying that two bearded men, or Salafis — those Muslims who most try to pattern themselves after Islam’ prophet — stabbed a Christian woman named Mary Samir Adib in Alexandria. The two men were riding a motorcycle when they intercepted Mary and stabbed her in her abdomen as she was crossing the street, causing a serious wound in her peritoneal membrane.

The Coptic woman was transported to the hospital where she underwent surgery. Although Mary’s family filed a complaint with the police, as usual, the head detective refused to go out and inspect the assault scene.

Izzat confirmed that this is not the first attack on Coptic women in Alexandria. Indeed there have been several such cases reported this week without any response from authorities. 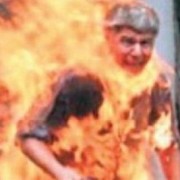 Persecution Is “Spreading, Intensifying,” In Egypt

China. House church was raided by police and other government agencies.