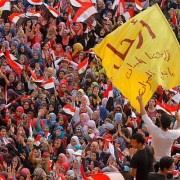 Egypt is in a state of unrest and the worst of it might still be yet to come.

President Morsi has been ousted by mass protests of an increasing population that feels oppressed and desperate by decaying social and economic conditions. An interim leadership arrangement is being worked out in the midst of this very fragile and chaotic situation. What has been lost in this volatile situation, and sadly neglected in most of the reporting coming out of Egypt, is the severe persecution and killing of hundreds of Christians by Muslim extremists who have declared jihad against the West.

Raymond Ibrahim, a Copt from Egypt who is now living in the U.S. writes, “Although Muslim persecution of Christians is one of the most dramatic stories of our times, it is also one of the least known in the West.” Mr. Ibrahim has done an extensive and very thorough investigation into the persecution of Christians in Egypt and published his findings in a recent book, Crucified Again. Egypt stands unique in that it is one of the oldest and largest of the Muslim nations, and also has one of the largest and oldest Christian population. Since President Morsi and the Muslim Brotherhood have come to power in Egypt, there has been  a steady rise in Christian persecution.

Maybe with renewed coverage of political and social events happening in Egypt, there will come new revelations of the suffering that followers of Jesus Christ are enduring in Egypt.

There is a great human tragedy taking place in Egypt today that is woefully being under reported. Let’s pray that more evangelical churches and Christians here in the West will become aware of the suffering of their fellow believers and pledge greater prayer support and encouragement to them. It’s time for Christian to courageously stand together and pray for those all other the world to be bold in their faith. 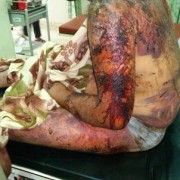 The Danger to Pakistan’s Christians 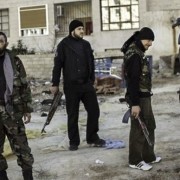 Christian On Syria: “living here is like living in a coffin.”

Persecution Against Christians By Hindus 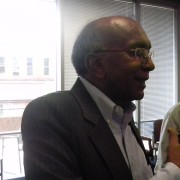 Pakistani Activist: Elections Are For Muslim Feudal Lords, Not Christians 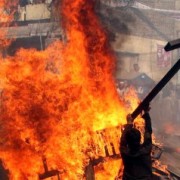 More Than 100,000 Christians Killed Each Year 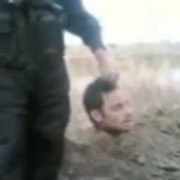