Articles
You are here: Home / Articles / Christian Persecution / China. Rise in persecution as government began the first of a three-phase… 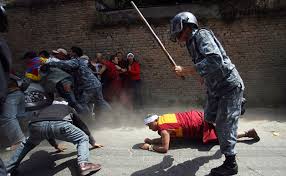 China’s Christians felt a noticeable rise in persecution in 2012 as the Communist government began the first of a three-phase plan to eradicate unregistered house churches, a new report says. Incidents of persecution of Christians rose by about 42 percent last year compared with 2011, according to the report by human rights group China Aid. Many of these incidents involved groups of Christians. In total, the number of individual persecuted Christians rose by roughly 14 percent and total individual detentions increased by nearly 12 percent. China Aid said overall total persecution in six categories was about 13 percent worse than in 2011—though China Aid termed its statistics just “the tip of the iceberg.” At least 132 incidents of persecution affecting 4,919 Christians—442 of whom were clergy—were reported in the country last year, according to China Aid’s annual report. The Texas-based group tracked detention of at least 1,441 Christians, the sentencing of nine of them, and the abuse (verbal, mental and physical, including beatings and torture) of 37 Christians. Beijing, administered directly under the central government, witnessed the highest number of persecution cases, at 62, affecting 934 Christians; Xinjiang Uyghur Autonomous Region in northwest China followed with at 11 cases involving 382 Christians. Persecution was also high in central China—comprising Henan and Hubei Hunan provinces—where 1,056 Christians were affected, and in east China, which includes Shandong, Anhui, Zhejiang, Jiangsu and Jiangxi provinces, which witnessed harassment of 750 Christians.

The report also notes that persecution last year was 61 percent worse than in 2010; 85 percent worse than in 2009; 120 percent worse than in 2008; 308 percent worse than in 2007; and 372 percent worse than in 2006. Ending Unregistered House Churches The recent appointment of Xi Jinping as the new leader of China’s Communist Party has made no difference in treatment of Christians, said a member of the Shouwang Church in Beijing, a congregation authorities have harassed for more than two years. “I recently went to see the founding pastor, Jin Tianming, and his wife [under house arrest since April 2011] in their rented apartment in west Beijing,” the source told Morning Star News. “I was not allowed to enter their home, and the pastor was not allowed to go outside. We chatted for a while at their home’s doorway, as two plainclothes police officers watched.” Pastor Tianming was granted the right to do his workout outside his apartment every afternoon from November 2011 to early January this year. But since he attended a Shouwang weekly evening prayer meeting in the rented facility of Xinshu (New Tree) Church, a sister congregation of Shouwang, after jogging on the afternoon on Jan. 9, Tianming has not been allowed to leave his home. 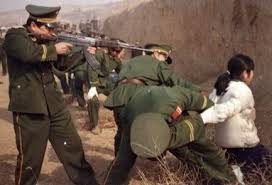 The continued rise of persecution is not the only dynamic raising serious concerns; authorities have targeted unregistered house churches in a planned manner, according to the China Aid report. In 2008 and 2009, officials “targeted house church leaders and churches in urban areas,” China Aid notes. In 2010, they “attacked Christian human rights lawyers groups and using abuse, torture and mafia tactics.” The focus in 2011 was on increasing the intensity of attacks against Christians and house churches. In 2012, a new three-phase approach was adopted to wipe out unregistered house churches, which the government saw as a hostile group of dissenters, and force them to join the official Three-Self Patriotic Movement (TSPM) church system. In the first phase, from January 2012 to June, the State Administration for Religious Affairs (SARA) secretly investigated house churches across the country and created files on them, the report says. This was followed by a wave of crackdowns on house churches, which has continued into 2013, as part of the second phase. The second phase will also entail strongly encouraging unregistered churches to become part of the TSPM—at which point they would become known as “house gatherings,” with the government banning the term “house churches.” (ChinaAid) 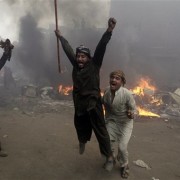 Sudan. Hundreds of thousands of Sudanese Christians are being forced to leave 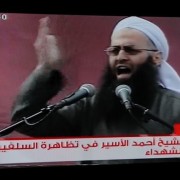 Syrian Pastor: Jihadists Emptying The Region Of Its Christians